April 28, 2017
Recently northern Australia got hammered by cyclone Debbie (what a ridiculously innocuous name for a bloody cyclone!) and when the remnants of that cyclone hit over here it produced some pretty severe damage and flooding. So when they announced recently that ANOTHER cyclone (cyclone Cook) was on its way, the entire country battened down the hatches and braced itself for imminent destruction.
I tied down the barbecue and loose-stuff in the garden, plus got out torches/candles/duct-tape and checked the emergency supplies of water. Also I charged up my golf-cart and made sure that phones were likewise fully charged. By 19:00 last night my wife was home from work after having stocked up at the local supermarket on emergency supplies and we were locked down and waited….and waited.
Well this morning there is a bit of a wind and the sun keeps breaking through the streaky clouds that scud about at high altitude but the expected torrential downpour never materialised not did the trees all start flying about horizontally, and most boringly the roof is still on the house. Other areas had massive power outages and yachts ending up across the road from harbours but by and large the cyclone became a pretty ordinary and meek storm. We all escaped that one!
A few years back when we lived in Qatar, my family and I visited India in the middle of July which is evidenty exactly when you shouldn’t visit India as it is incredibly hot (it got up to 49 deg C) and so very dusty and dirty as the entire country sweltered in a heat that sapped you so completely. We had decided to go in July as living in Qatar where it gets up to 52 deg C, we reasoned that Indian heat was ok and that nothing could top it. Well the difference is that in Qatar there is constant and very high powered AC around you all the time and in India – not at all. So, after a few weeks of battling with this heat I got sick – not ms related – a bug of some kind that necessitated me having to go to hospital in Delhi. While there one morning the entire hospital rushed outside into the driveway where we all looked up expectantly at the glowering clouds which promptly opened and dumped an truly enormous amount of water of biblical proportions on to the city. The monsoon had started. It was like someone had opened a gigantic swimming pool above you and the terribly dusty city was washed clean again.
Cyclones and deluges apart, it served to illustrate for me a truth that has taken a while to sink in and that is that: this is as good as it gets. As for what tomorrow brings (or threatens to bring) may not happen as the future is unknowable so enjoy today and whatever you have as this is exactly and quite perfectly – as good as it gets! This applies to all situations in life but especially relevant to people who have a disabling sickness. Tomorrow who knows how it will be? But today I can get about (however disjointedly) so I better enjoy and make use of that while I can. Plus it is the first day of school holidays and my 7 year-old son is ALREADY bored. So I had better come up with something entertaining to do pretty quick! 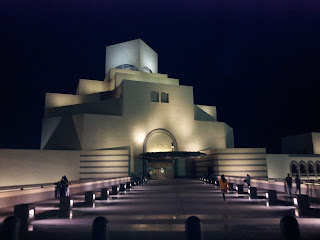