July 07, 2017
The headline on the online news feed that I subscribe to announced tonight: - Trump says US mulling 'very severe' response to North Korea missile test - somehow I don't think that that means that he is going to put on a frowny face, or threaten to hold his breath……..oh well lets enjoy it all while we can. The sunset tonight was very pretty…

Here in NZ the seasons are evidently on the cusp of changing. A week or so back we passed mid-winter and in theory that means that we are now heading towards spring/summer/hot weather.
There was thick frost on the roofs a few days back and the temperature hovers around 5 deg C at midday, however the bright sun during the day prompts the insane locals to go out in shorts and tee shirts while I wear a beanie, scarf and thick parka…..I am a happy wimp when it comes to (not) braving the weather.  But evidently it will defrost and get warmer, and I live for that because boy, am I ever battling at the moment!

My experiences of finding work and making a living after a diagnosis of MS are mythical. I have an inbox full of rejection letters from prospective employers. My social enterprise - tākiri - still ticks over but is currently fairly moribund, waiting for me to inject some much-needed funding into it in order to move forward, so I continue to follow recommended procedure from job agencies and attend interviews. Albeit unsuccessfully.

Tonight I am angry.
Recently, I attended an interview with a ‘down-to-earth’ HR person who went out of his way to treat me normally, but who was so nervous about having me around him that he tripped over the carpet twice. Anyhow. He said something that made me literally choke on my water, he said: “the job entails shuffling papers basically, and that is something that even disabled people can do, right?”
I smiled at him icily, but inside I was thinking some fairly unprintable things about him....
I used to have a job where I was responsible for a budget of several million US dollars and flew people and equipment from the other side of the planet to an event that I had organised, and I am supposed to be happy that you think that I should be shuffling papers????
Maybe my eyes blazed and shouted what I was thinking because I lost that one…

I am currently studying and completing a management diploma that will give me a qualification that will (evidently) be very worthwhile in the long run. So ardent am I in the pursuit of this hallowed and increasingly mythical future, that I got 100% for the marketing module which prompted an outpouring of praise and enthusiasm from various quarters.
So. I will pour huge effort and energy into developing tākiri and it will very definitely eventually flourish and become a force to be noticed. I have no doubt about that.
I am determined to do SOMETHING that involves disabled people and show the world that we are able to function at the same level as they are able to. If not better.

I really enjoy interviews. I have learnt that having a prop such as a walker/rollator gives you a great deal of presumptive power. The interviewer sees this and immediately needs to ask you if you need to know where the bathroom is (nah..don’t worry I hadn't thought about where the bathroom is, but I'll just pee out the window, thanks all the same!) and a glass of water to help me relax (actually some bourbon and a joint would REALLY go a long way towards helping me relax)
My admin skills…are really non existent. But there is some admiration from me in seeing that even if I say this 1000 times people still persist in pursuing the possibility that I MIGHT be able to type at more than 30 wpm. I can’t.
I went for an interview with a government agency a few months back and the other attendees were all 25+ years younger than me and mobile. The interviewer gave us a scenario to work through: a plane crashes in the Brazilian jungle and you have but 3 days to organise yourself before a hurricane hits the area. What do you select from a list of 30 objects?
On the list are compasses and bug sprays and rifles and tarpaulins and books and iPads and GPS units and frozen dinners etc etc…
I watched the feverish calculations of the others and listened to what they had chosen when asked.
When it was my turn, I picked everything that was inappropriate to the situation but I justified it all beautifully and had them all laughing hysterically and rolling about at my explanations…..however. That was not what they were trying to achieve with the exercise and I understood that what they were trying to ascertain was the longevity of prospective applicants versus the transient nature of people who were only looking for a ‘job’.

Earlier this evening I looked back at my photos from 10 years back. Maybe I shouldn't have. I forgot that I could walk around unaided and did all manner of things that most people take for granted usually.
Anyhow. someone else posted a quotation from Rumi on facebook. Everyones favourite Persian poet:

“If all you can do is crawl, start crawling.” 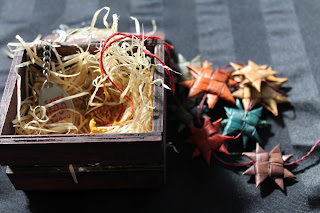