April 28, 2017
Last week my 7 year-old son returned to school along with thousand’s of other children across NZ. He went back on Thursday morning and by Friday afternoon was already on another holiday as we in NZ celebrate Waitangi Day on Monday the 6th of February. So everyone in the country had a long weekend…
I feel the need to talk about politics. All through the U.S election my wife would say how she feared that Donald T would be elected and I would go naaaah…….. because it just didn’t strike me as something that an informed and intelligent electorate would subject us all to. They cant possibly be THAT stupid can they?
Well I was wrong.
Generally I am not too engaged by the political goings-on in other countries, as it is all part of the ebb and flow of life in whichever particular country that may be happening in and does not unduly impact myself, my family or my community. However, with what happened recently in the U.S.A. It does. The U.S for all its myriad of failings occupies an enormous stake in the collective lives of many, many millions of other peoples around the world who are not U.S citizens. As so much of our daily life is occupied by the culture and products of the U.S. from the PC software you use, to the shows and movies you watch on TV to the music you listen to. Here in NZ it seems that most of the grapes we buy come from California as do almonds and cranberries. These are just items I recognise off of the top of my head and I am sure that I could think of other things coming from the U.S too if I put my mind to it.
When Barack Obama was president I personally thought that this was really great as he is the first (obviously) non-white president to hold office in the U.S and this gives great meaning and dignity to the noble ideal of ‘democracy’ which the U.S is purported to champion and uphold. He did some things during his tenure that I liked and certainly likewise some that I did not, but overall I was comforted by the thought that the guy holding the power of life and death over millions around the world was to all extent and purposes – sane – and that his ego was held in check by the tried-and-tested processes in place governing the execution of office of President of the U.S. When he spoke publicly it was with a soothing eloquence and a certain comforting gravitas well befitting a president.
Well Donald Trump has certainly chucked that rule book out the window.
What voters in the U.S fail to fully appreciate, is that thanks to globalisation that the president of the U.S is not their sole issue, but globally all of ours! What he says (bad dudes!) and does impacts everyone around the world from an office worker in Boston, to a fisherman in India, to a refugee in a camp in Kenya, to someone on a bus in Wellington – everyone. So when the president of the U.S produces ridiculous diktats, rants on twitter, or goes off on a tangent during a news conference, it is bewildering and worrying to say the least. I have never heard a president come out with the amount of absolute junk that this man does.
Americans, you have elected a TV reality-show star to be the president. Do you not see the damage that he is doing to all of us????
Muslim ban.
Come on guys get real! You in the U.S kill many more of your own people each year by your own hands (+/- 11 000.00??) through domestic gun violence than due to the fiendishly diabolical actions of foreign Islamic terrorists…. Why is your president not then banning guns in your country? Why is he trying to stop Yemenis from going to the U.S? Yemen being war-wracked and destitute, while allowing in rich Saudis whose citizens have ACTUALLY killed several thousand U.S citizens on U.S soil! Could it all boil down to money? It is as if one of the Simpsons was elected president. This would be kinda funny if it wasn’t so absolutely terrifying….
But he was democratically elected by the will of the majority of voters in the U.S, so, to all the politicians around the world scrambling to understand and mitigate the damage and chaos that populism is producing in politics globally just remember: voters tend to vote with their wallets and it is only when a comfortable voter and his family is feeling more or less secure that they start thinking philanthropically about others less fortunate……..
So pay heed and attend to the immediate problems and sufferings of your electorate rather than offering them the goal of a utopian future.
However noble that vision may be.
To everyone who says that it is high-time and right that there is such a president as Donald T in the White House remember the words of Churchill:
“An appeaser is one who feeds a crocodile, hoping it will eat him last.”
Winston Churchill 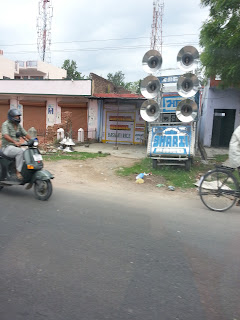