April 28, 2017
The past few years since being diagnosed with MS have been the most disruptive and abominable of my entire life. But not only has this disease screwed entirely with my life alone, but also with the lives of my wife and son.
When I compare them both prior to 2013 to what and how they are now, it is humbling to see how much they both have adapted to, accepted and incorporated my situation, THEIR situations and me – into their daily lives. Also my stellar wife (who shall remain nameless in this blog…) has had to cope with dealing with a possibly irreparably sick spouse, moving to a new country, and coping – encountering – overcoming and BEATING much opposition and negativity to her in the workplace, as she got the burden of being the main bread winner unceremoniously chucked at her to wear. I look at them lately with great great admiration as they both are very different (in a very positive way) to what they were a few years back…
Someone asked me recently how I was doing and I laughed. Not because I am sarcastic or cynical by nature but because it is pretty impossible to give an entirely straightforward answer. Somedays are good and some are bad. I have learnt to live for the moment as the moment that you live in is as good as it is likely to EVER be. I like very much an old joke that probably goes back to the 1930’s for obvious reasons but that resonates strongly with me today it goes like this:
“An executive whose company is doing very badly decides to jump off his building – the Empire State Building in New York – So he goes up to the top floor and jumps…. As he passes his office on the 32nd floor, his secretary leans out and shouts: “Hey boss!” How are you doing?” he responds. “well…..32 floors and still going strong………..”
MS is pretty much like this – a controlled crash – it is such an enigmatic and perplexing disease with such an equivocal, hazy, vague and uncertain outcome that it is impossible to accurately say what the actual outcome is going to be. There was a day last October when I went with my family to the local Countdown (supermarket) and bizarrely as the minutes ticked by – for no ascertainable reason whatsoever- I was able to walk around the supermarket almost completely unassisted. It was like being in a dream when you dreamt that you could fly, but you also knew that the dream would eventually end but while you were able to fly – enjoy it… Sure enough after about 45 minutes I had to sit down as my legs started to become more and more useless.
There is no linear progression-path to this disease. Everyone with MS is different and the outcome is also different. I have only recently gotten over the infatuation with that unpredictability to get to the point that I really believe in enjoying the moment. Now. This minute. Regardless.
And so I am on a crusade of sorts. Disabled people are treated quite badly in this first-world democracy of ours and it should not be like this at all. I remember when just recently diagnosed, I flew up to Auckland for an interview but when the interviewer saw me and my crutches he baulked at me and it perplexed me because after all: Its was still me right? Regardless of the crutches. But no.
Society has placed disabled people in a special bracket that determines their place in society and that place is much less that what an able bodied person could expect to occupy so I work slowly but steadily to breath life into my dream which is tākiri and it’s raison d’être. I had tried another route to bring tākiri to fruition which was a more conventional approach, but there is no accurate business-model for a social enterprise that has as its basis the object focus of providing work to disabled people, and so it must be invented as we go along.
And so it continues... 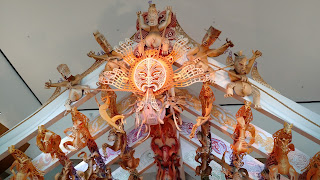